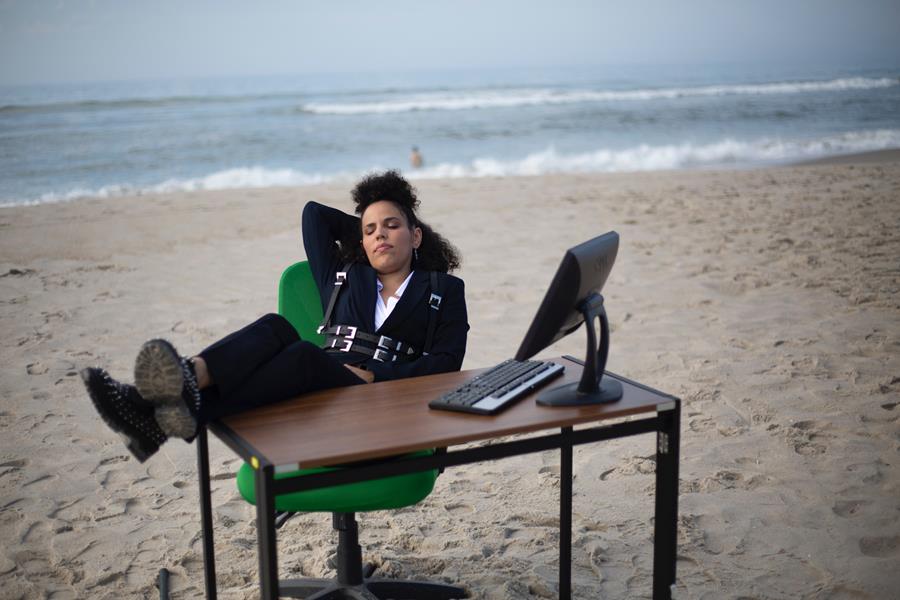 It pays homage to “Working All the Time”, which reflects and criticizes the toxic cycle of overworking for little payoff under capitalism. The track maintains much of the original track’s spirit, including a repeated motif ‘and it was my day off,’ while layering in a cutting cypher and vocal improvisation. ‘Marco and I had a blast producing this track that felt like a celebration of the original song and a summer victory lap for Una Rosa,’ remarks Xenia. The track features a gut-punching cypher from Cuban rapper El Individuo, who was also featured on the recently released track “Madrugada”.

A series of re-works was created as part of the Sonos podcast Music Is Everything! Xenia collaborated with a number of all-star collaborators on various reworks with Elia Einhorn.

A piano part is also provided by Leo Genovese and a guitar part is provided by Yasser Tejeda. Beats were programmed by Marco Buccelli from the original recording. The clip’s cover art is by Mario Rubén Carrión, who also directed the video for “Working All The Time,” which comes from his archives of street-style photos taken at Coney Island.