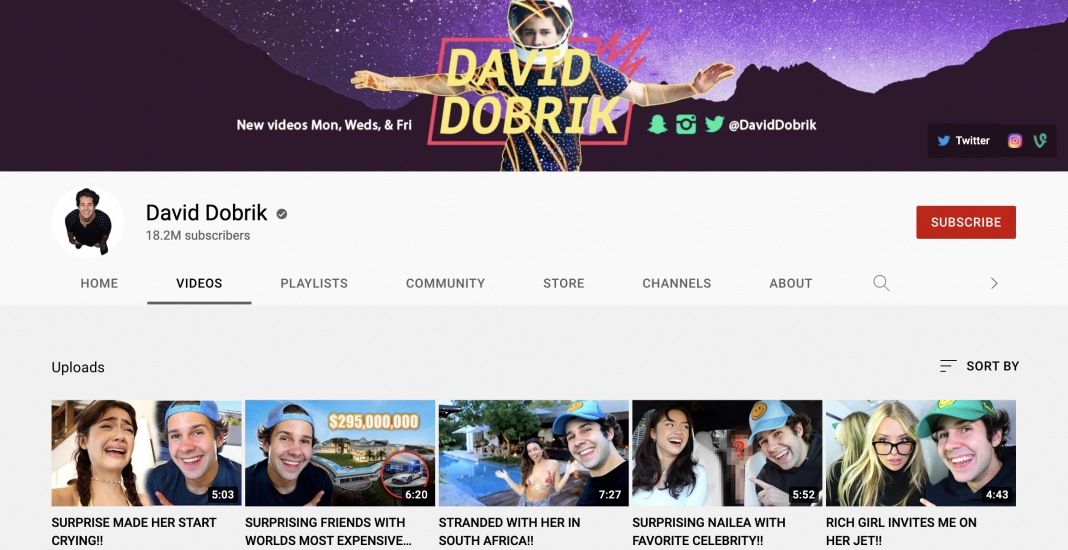 David Dobrik is a well-known YouTuber and vlogger who has 7 billion views across his YouTube channels. Dobrik’s videos are known for their crazy stories, surprises and controversies. Dobrik has over 500 videos within his main channel with over 18 million subscribers.

How many views does David Dobrik get?

On average in 30 days, Dobrik gets around 14.61 million views. His latest video SURPRISE MADE HER START CRYING!! received over 6.7 million views while Dobrik’s most viewed video has over 38 million views to date.

When did David Dobrik move to America?

Dobrik moved to America from Slovakia at the age of 6. To pursue his Vine career, he moved to Los Angeles after graduating high school.

When did David Dobrik start on Vine?

How many followers does David Dobrik have on Instagram?

David Dobrik has over 12 million followers on Instagram making him one of the most influential YouTube creators in the world. His handle is @daviddobrik.

Where was David Dobrik born?

David Dobrik was born in Košice, Slovakia. The city of Košice has a population of 228,000 as of 2021. Martina Hingis, the tennis player, is another notable person to be born in Košice. His real name is Dávid Julián Dobrík.