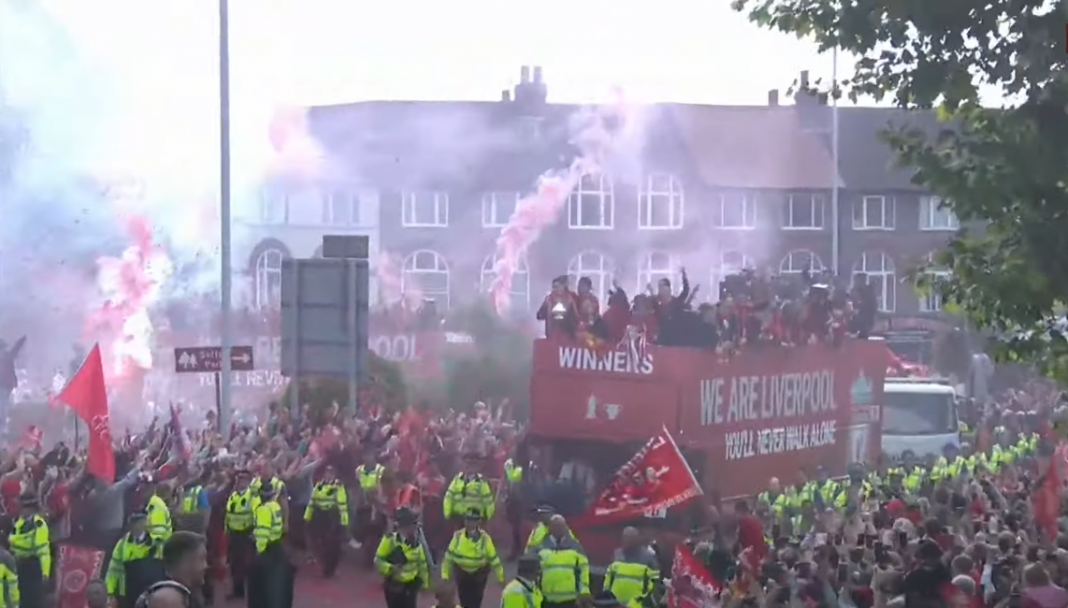 After losing in the final of the Champions League, Liverpool FC, the second-placed Premier league side, celebrated their two trophies with a city parade throughout Liverpool.

Throughout their semi-successful season, Liverpool managed to beat Chelsea in the FA Cup final for the trophy. They also beat Chelsea in the EFL Cup final, beating them on penalties. However, while success was present throughout their 21-22 season, the club failed to materialise on the quadruple, losing in the Champions League final and closely missing out on the Premier League.

Watch the full video for their parade below.

Who won the 2022 Champions League final?

Real Madrid, one of the big giants in world football, won the 2022 UEFA Champions League final by scoring a goal in the 59th minute against finalists Liverpool. However, the game in Paris was delayed by 30 minutes due to certain fans entering with false or no tickets.

Did Liverpool win the Premier League in 2022?

Liverpool failed to win the Premier League by missing out on two points. Rivals Manchester City closed out the season with a win over Steven Gerrard’s Aston Villa that ended 3-2 in the 90 minutes.

Real Madrid closed their domestic season with a league win that ended them collecting 86 points. In the second place, Barcelona collected 73 points, making it a rough season for Xavi’s side.

Did Real Madrid fans have problems in the Champions League final?

According to numerous sources, mostly Liverpool fans seemed to have issues attending and entering the game due to police mismanagement. Many fans couldn’t get in due to fake or no tickets. Others broke through security to make it into the stadium, causing gates to shut and heightened security.

Did Calvin Harris play at the Liverpool city parade?

Yes, DJ and artist Calvin Harris, played a set during the renowned parade. He joined the squad on the bus across the city, playing some of his favourite tracks including ‘One Kiss’ featuring Dua Lipa.