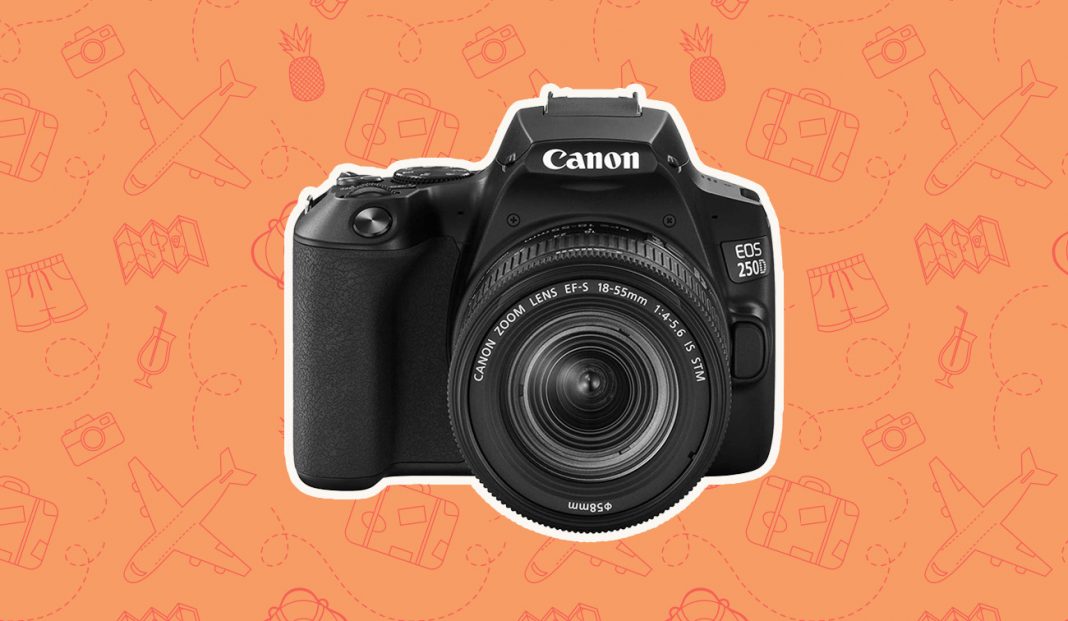 Canon still stands as one of the prominent brands in the world of vlogging. From the older DSLR models to the new flashy models, Canon cameras have all been adopted across the board by vloggers and amateur filmmakers over the years.

To help out choose an affordable starting camera for your vlog, we made this list of five superb cameras by Canon that will help you do the job. Of course, they all come close in terms of quality, so the price is a factor.

Starting, we have the Canon 250D, a camera which shoots in 4K and costs around £600. The camera shoots well in low-light and has an impressive 24.1-megapixel APS-C sensor and DIGIC 8 processor, providing exquisite image quality. For those looking to travel and needing to work in remote environments, you can use WI-FI and Bluetooth with the 250D, making your life just that bit easier.

Whilst it doesn’t shoot in 4K, the 2000D is an excellent alternative to 250D and costs much less, with prices going around £340. The overall camera is a fantastic starting kit and more than enough to get decent results for vlogging clips. Its lightweight body, easy-to-use navigation, cost and performance is an outstanding choice.

The 700D is not as strong as the two above but still holds a decent 17.9-megapixel APC-C sensor with the ability to shoot 1080/30p videos. Unlike the 2000D, the 700D does include a swivel touch screen but is a bit bigger and weighs a bit more. On eBay, the camera in used condition is selling around £250-300 range.

Size-wise, the Powershot G7 X Mark II is the top choice undoubtedly. It shoots in full HD and has a 20MP – 1′ BSI-CMOS Sensor. It also comes with a 24-100 mm F1.8-2.8 Zoom Lens, meaning if you are comparing it to the others on the list, you won’t need to worry about a lens later on.

The most premium choice of the lot is the M50, a camera that holds a 24-megapixel APS-C sensor and weighs a feather. It also includes a swivel touchscreen and, unlike others, is a mirrorless system camera. The M50 is impressive and shoots in 4K, meaning you won’t need to upgrade anytime soon.

As mentioned above, all of these cameras are close to each other in terms of quality. For us, it’s between the M50 and 250D. The M50 is a dream-start for any vlogger, and if you are looking for an improvement, then it’s very likely that your budget will have to stretch a bit more.